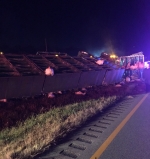 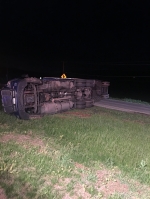 At 0055hrs on September 10, 2017, Rescue squad 10, Engine 102, Ambulance 308 (Thurmont Community Ambulance Service), Medic 30 (Frederick County Advanced Life Support), EMS901 (Frederick County Advanced Life Support Supervisor) were dispatched for a vehicle accident with reported entrapment in the area of Rt77 and the Cunningham Falls Parking Area. Prior to units arriving on the scene Frederick County ECC received additional information from other callers advising there were 3 vehicles involved with multiple injuries and possibly one dead. With that information ECC dispatched 2 additional ambulances which brought Ambulance 309 and Ambulance 307.

After triaging all patients and consulting with hospitals nearby, it was determined to fly 5 pediatric patients to Johns Hopkins Hospital in Baltimore. With the 5 flyouts that brought in 3 Helicopters from the Maryland State Police Aviation Division; Trooper 3 (Frederick), Trooper 1 (Martin State Airport, Baltimore County), and Trooper 2 (Andrews Air Force Base, Prince Georges County). Units remained on the scene and provided assistance to the Maryland State Police while they investigated and reconstructed the accident. Units cleared and returned to service around 0700hrs. 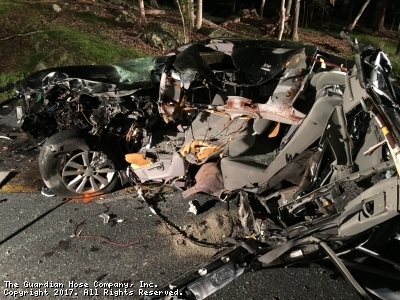 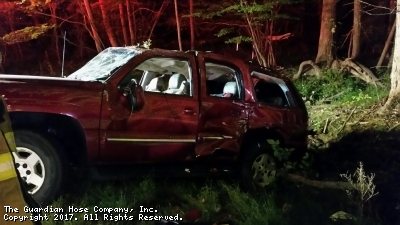 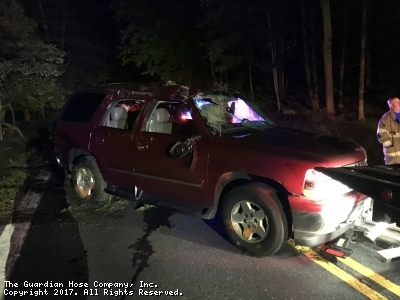 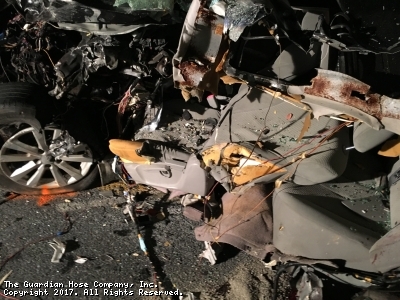 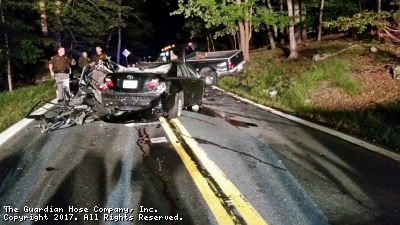 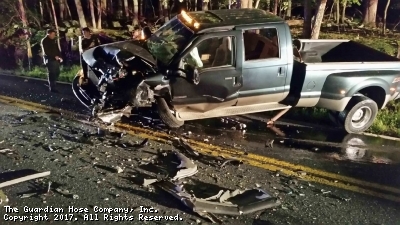 7 entries in the Call History

At 0942hrs on Friday March 22, 2019 Rescue Box 6-20 was sounded for a Bus Accident on Route 15 at Creamery Rd. Rescue Squad 10 responded mutual aide as the second squad on the assignment.  A69 (Emmitsburg) arrived first to find 3 vehicles involved; a Charter Bus, Passenger Car and a Propane Truck. The Charter bus was partially off the roadway and all occupants were still on board the bus. It was determined there were 47 9th grade students, 4 adult chaperones and the driver on board and...

At approximately 0900hrs on Wednesday December 13, 2017 box 10-01 was alerted for a house fire with subjects reported trapped on the roof on Lombard Street in Thurmont. Prior to leaving the station Medic 30 (Frederick County Advanced Life Support) advised that it was going to be a working fire, that he had heavy smoke showing from the station. Engine 102 along with the Chief responded moments later. Engine 102 arrived on the scene reporting a 2 story single family home with fire on the 1st floor...

At 0234hrs on October 2nd 2017, Rescue Squad 10, Engine 102, Ambulance 308 (Thurmont Community Ambulance Service), and Medic 30 (Frederick County Advanced Life Support) were dispatched to a Tractor Trailer Rollover on Route 15Northbound in the area of Route 550. While units were enroute Frederick County ECC advised units that Thurmont Police were on the scene and believed to have 1 trapped. Medic 30 arrived on the scene first and advised the accident was Route15 Northbound at North Franklinville...

At 2347hrs on Sunday May 7, 2017 Ambulance 307 (Thurmont Community Ambulance), Medic 30 (Frederick County Advanced Life Support), Rescue Squad 10, and Engine 101 were dispatched to Route 15 South in the area of the 31 Mile marker for a report tractor trailer roll over. Medic 30 arrived first on the scene and confirmed a single tractor trailer rolled over on Route 15 between Roddy rd and N Franklinville Rd blocking all southbound lanes and that all occupants were out of the vehicle. Rescue Squad ... 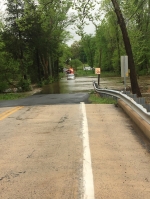 Read more »
Accident with one trapped on MD 550 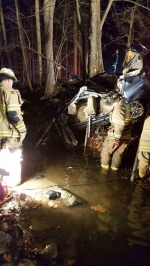 On Tuesday December 13, 2016 at approximately 2016 hours, Rescue Squad 10, Engine 102, Ambulance 309 (Thurmont Community Ambulance), Medic 30 ( Frederick County Advanced Life Support), and EMS901 (Frederick County DFRS EMS Supervisor) were dispatched for a reported vehicle accident with entrapment in the area of Camp Airy on Sabillasville Road. Ambulance 309 arrived on scene and confirmed one trapped with the vehicle partially in the creek. Rescue Squad 10 arrived moment after and the crew began...

7 entries in the Call History 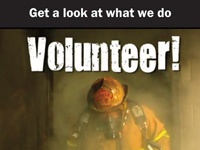